It is also known as a benign bile duct proliferation.[1] 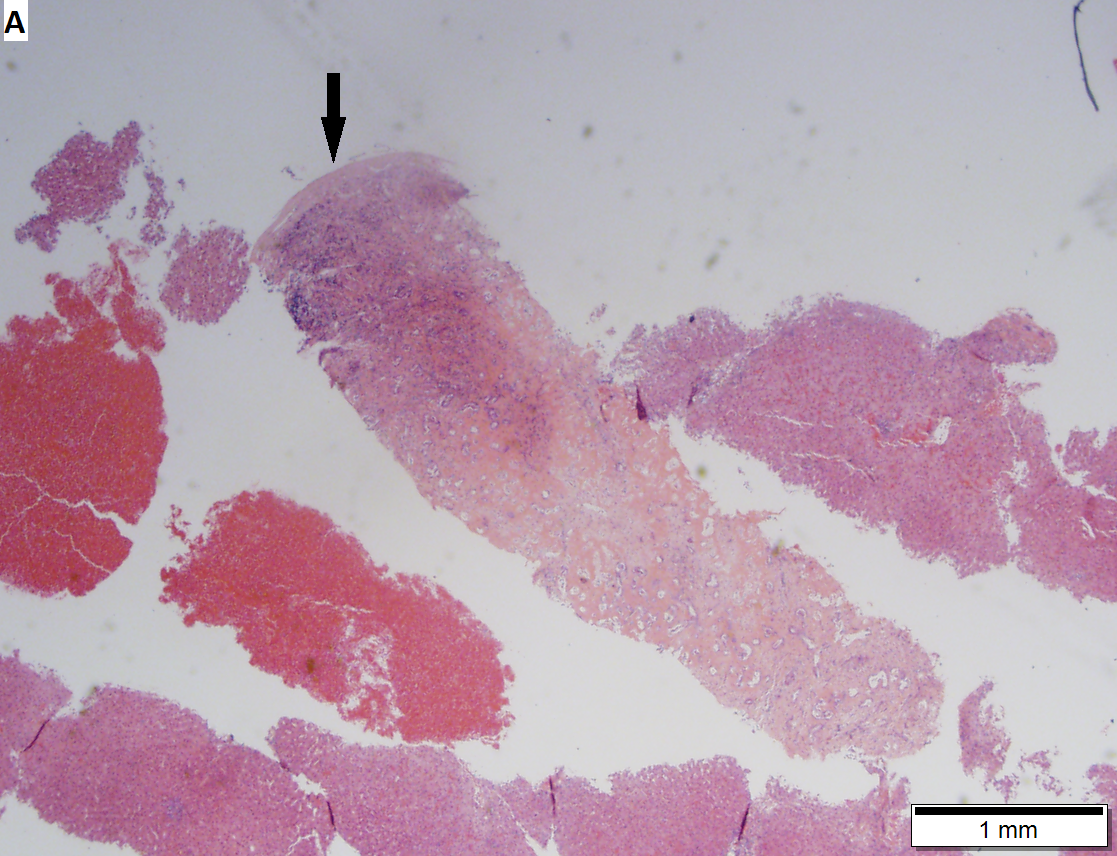 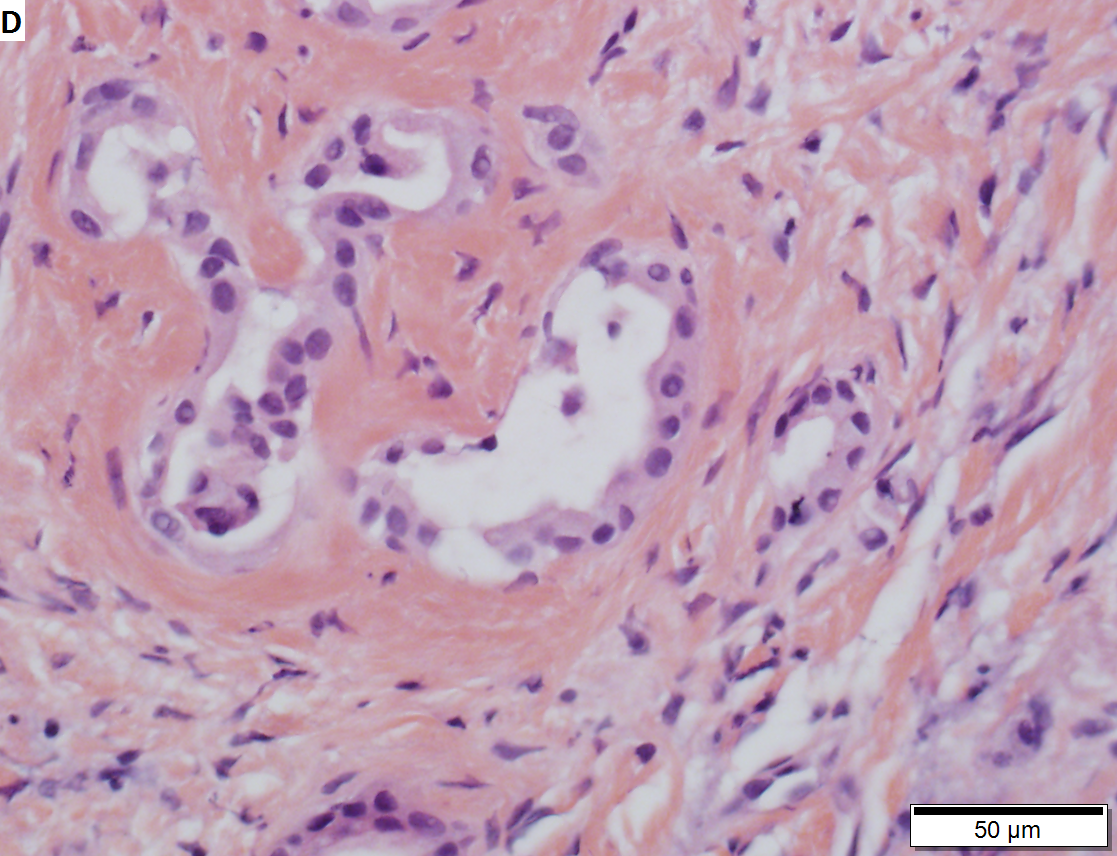 Bile duct adenoma in a 67 yo man, not radiologically detected; this is important because cholangiocarcinomas are larger than bile duct adenomas. Bile duct adenomas are usually incidental findings, as in this case. These can be very difficult diagnosis; this case was evaluated by outside consultation. A. Glandular proliferation is seen. Note the curve indicated by the arrow, indicating a subcapsular location. B. The central scar, in other locations and with metastases, a finding associated with carcinoma, is in the liver a benign sign. The intense hyalin is also a benign sign, being that of a well-developed adenoma. C. Nuclear atypia in this case is modest near the region of scar, with tortuous glands. D. As the lesion progresses away from the scar, the atypia diminishes. Mitoses and outright necrosis were not identified. E. PAS-D stain shows the red rims about the glands, a benign sign, but also red cytoplasmic droplets, which is consistent with bile duct adenoma’s being known to produce mucin.